Surveys for the National Oceanic and Atmospheric Administration (NOAA) 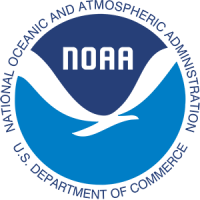 Catch, effort, and participation statistics are fundamental for assessing the influence of fishing on any stock of fish. The quanti­ties taken, the fishing effort, and the seasonal and geo­graph­ical distribution of the catch and effort are required for the development of rational management policies and plans. Recreational fisheries data are essential for NOAA Fisheries, the Regional Fishery Management Councils, the Interstate Fisheries Commissions, State con­serva­tion agencies, recreational fishing industries, and others involved in the management and productivity of marine fisheries. The allocation of many fishery resources depends on the results of these surveys.

The Marine Recreational Fisheries Statistics Survey (MRFSS) was a nationwide program developed in the late 1970's to provide a database of marine recreational fishing activity. The MRFSS consisted of two independent, yet complementary surveys; a Coastal Household Telephone Survey (CHTS) to assess fishing effort, and an access-point intercept survey to assess catch per unit effort. Data from the two surveys were combined to estimate total fishing effort, participation, and catch by species.

To ensure uninterrupted production of recreational fishery statistics, as well as provide a benchmarking period to document improvements, it was necessary to conduct the MRFSS concurrently with the MRIP. In addition, improved components of the MRFSS was retained in the MRIP. This statement of work described requirements for the CHTS.

Generally, the CHTS was limited to households in counties located within 25-50 miles of the coastline (coastal counties) because the majority of the recreational fishing trips are taken by persons residing within those counties. The intercept survey provided adjustment factors to account for trips taken by non-coastal anglers, and anglers who lived in households without telephones, as well as catch information.

The Marine Recreational Fisheries Statistics Survey (MRFSS) collected data on marine recreational fishing effort through the CHTS. The CHTS utilized a random digit dialing approach to contact residents of coastal county households and collect information on fishing behavior. While the CHTS provided nearly complete coverage of the target population (residents of coastal county households) the methodology could be quite inefficient, as a relatively small proportion of the population participated in recreational fishing during any given sampling period. This required that a large number of households be contacted in order to obtain a sample of fishing households that was sufficient for producing reasonably precise estimates of fishing effort.

A more efficient approach to collecting fishing effort data was to sample from lists of known or likely saltwater anglers. Such lists existed in some states in the form of databases of saltwater fishing license holders. The purpose of this task was to conduct a telephone survey of marine recreational fishing effort utilizing existing databases of saltwater fishing license holders as list-based sampling frames. The Angler License Directory Survey (ALDS) was conducted in Louisiana and North Carolina during waves 5-6, 2009 and waves 1-6, 2010.

Service descriptions can be found on CHRR's services page.