From the CHRR Director’s Desk Issue #7

From the CHRR Director’s Desk Issue #7 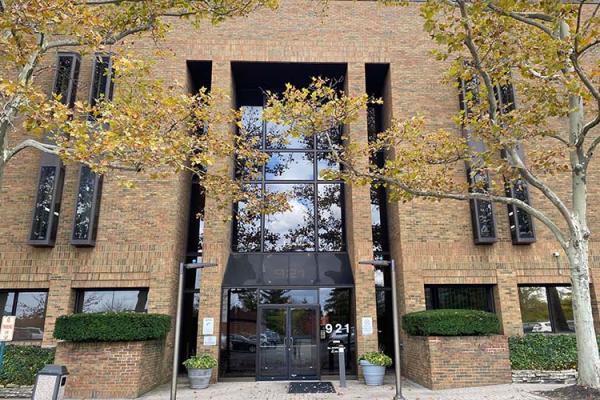 The rhythm of work continues to evolve in what largely has become the post-pandemic era at Ohio State. While some changes are here to stay, there are certain traditions that can and should be revived at the soonest possible moment. One of those traditions is the Winter Holidays celebration that typically has been held on-site at CHRR. Revival of this event will happen on Friday, December 16th beginning at 1pm in the kitchen area. The "traditional lunch" of DaVinci’s and City BBQ entrees will be offered that day (bringing new meaning to the phrase "Southern Italian"). In addition, CHRR Team members are asked to bring their favorite board and card games for use throughout the afternoon. Rumor has it that there also will be a White Elephant gift exchange for interested parties. You will be getting an invitation from Mary in the very near future so please respond yes/no for planning purposes.

Team members also should know that we have initiated a 30-day trial period regarding use of Teamwork (https://www.teamwork.com). In brief, Teamwork is a project management software that promises users can "see everything in one place" and contains “all the advanced features you need from time tracking to budgeting to resource allocation.” If this sounds interesting and you are not already part of this trial period, please ask any member of the CHRR Leadership Team to get you involved. We really need to make certain that this software or whatever other solution we end up implementing (in the event Teamwork does not pan out) will work as advertised for our unique work environment.

For some time now, the CHRR Leadership Team has been discussing our need to begin some sort of strategic planning process. We have settled on a specific process known as Strategic Doing (https://strategicdoing.net/). Based at Purdue University, the Strategic Doing (SD) framework emphasizes the formation of collaborations within an action-oriented climate that creates immediate and measurable goals and objectives.

Our SD work is going to be co-facilitated by Jeff Agnoli, who oversees education, funding, and research development within the Office of Research here at Ohio State. At present, we are planning on four touch points with Jeff over the course of the 2023 calendar year. We are finalizing plans for a first meeting in mid-January that will be attended by all members of the CHRR Leadership Team. The intent is to include a larger number of CHRR employees in future meetings. I also will provide ongoing reporting about these efforts through this newsletter and other outlets on a consistent basis.

To help everyone become more familiar with the SD framework, we are ordering 10 copies of the Strategic Doing: Ten Skills for Agile Leadership book. In addition to distributing these books to Leadership Team members, there will be at least 3 copies immediately available for use by other CHRR employees. When finished, Leadership Team members will make those copies available as well so that our SD library is constantly replenished.

Josh Hawley recently made a presentation on population and workforce development issues for Governor DeWine’s cabinet retreat. In this presentation, Josh focused on the implications of demographic shifts in Ohio for the future labor force within the state.

NLS Presence at the Network on Longitudinal Studies of Aging Conference

Rosella Gardecki recently attended a day-long meeting of the Network on Longitudinal Studies of Aging in the US (LSOA), which is sponsored by the National Institute on Aging. The group focuses on issues commonly faced by surveys of older respondents, including measurement concerns and data collection protocols. The morning session meeting concentrated on advances in data and measurement of cognition and dementia while the afternoon session included presentations on challenges on interviewer hiring and retention. This was the first in-person LSOA meeting since November 2019. Also in attendance was Deborah Carr, the Principal Investigator for the NLSY79 and sociology professor at Boston University.

A while back this section mentioned the travel and conference attendance that Steve McClaskie does on behalf of the National Longitudinal Studies (NLS). Most recently, he exhibited the NLS at the Gerontological Society of America annual meeting in Indianapolis (Nov. 2-5) and then at the American Public Health Association annual meeting in Boston (Nov. 6-9). Steve noted that APHA is by far the larger conference (with about 11,000 attendees) but booths at both conferences had considerable traffic. Upcoming travel in January for Steve will include both the ASSA/AEA conference in New Orleans (Jan. 6-9) and the SSWR conference in Phoenix (Jan. 11-15).

On November 7th, Inside Higher Ed published an opinion piece entitled "What the People Want." Co-authored by myself with West Virginia University President E. Gordon Gee and Kansas State University Vice President for Research David Rosowsky, the article discussed the need for university leaders to become better attuned to public opinion about issues surrounding higher education. This article was based on two surveys that were conducted through the American Population Panel (APP) back in 2020 and 2021 that explored potential similarities and differences among Republican, Democratic, and Independent voters. One big takeaway was the fact that political party did NOT have an impact on citizen viewpoints on how universities should spend their money. More specifically, Americans of all political stripes reported that approximately 50% of all taxpayer funds should be spent on teaching, with the remainder evenly split between research and community engagement activities. Read the entire article at: https://www.insidehighered.com/views/2022/11/07/what-citizens-say-about-public-university-spending-opinion.